The place to discuss everything else..
Post Reply
99 posts

You can say the same regarding finances for EVERY electric car though.

Honda are still selling the Honda e despite it costing nearly as much as a Tesla (EDIT - see below) or an Ariya! 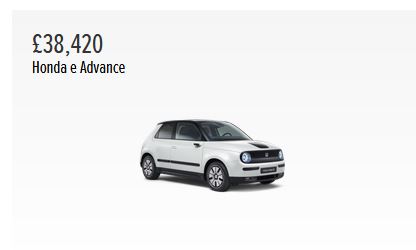 Looks great.
I would certainly buy the new Nissan Ariya, even for that price, if ... it were an "e-power" car, not a 'true/full' EV.
Top

I went to the local Ariya unveiling today

What were your personal Impressions about the Ariya gloucester?
Did the Nissan dealership show more than the car itself, like the digital dashboard and infotainment screen functionality?
Top

Remember this was a launch event - dealers don't have cars yet. I don't think it was particularly well attended - there were only 10-12 there - this was the first of two yesterday and when I left at 3 minutes before the start of the second one there didn't appear to be any "new" people there and they hadn't bothered to cover the car up again so perhaps they'd cancelled the second one?

In fact it was notable how little salesmanship was in evidence. I wasn't quizzed by any of the dealer staff present about my intentions or even my current car. There was a show of hands as to who had had/driven a Nissan before but that was it.

Someone queried insurance groups on electric cars being high and I looked them up - all Ariyas are group 33 which is a lot higher than my Qashqai was (15?).

What were your personal Impressions about the Ariya gloucester?
Did the Nissan dealership show more than the car itself, like the digital dashboard and infotainment screen functionality?

I'll post the rest of the pictures I took, which were concentrated on aspects that I largely hadn't gleaned from the internet.

The car on display was the single-motor Evolve version starting at £52,090 - so considerably more than a Qashqai - and to be honest not that much different! I'm sure he said three trim levels but Nissan's only listing Advance and Evolve.

Just largely in the order I took them:

I can't say I care for the wheels. The grey part is plastic so could easily get kerb damaged. 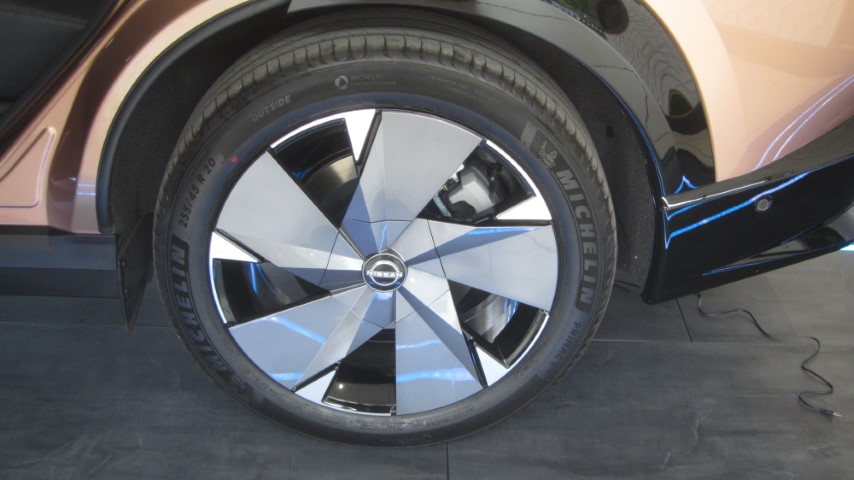 The motor really fills the very high "engine" bay - and it is very high when standing next to it. 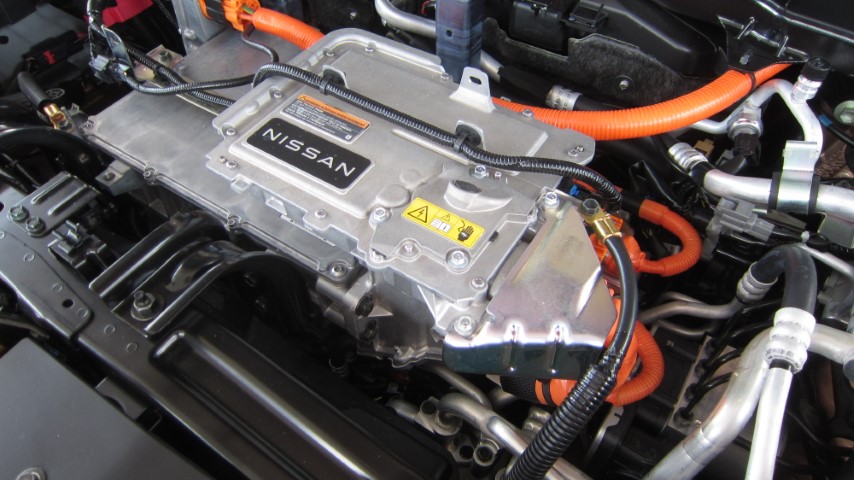 No room for a frunk and the bonnet prop was manual - but then access is really only needed to top up the washer fluid. 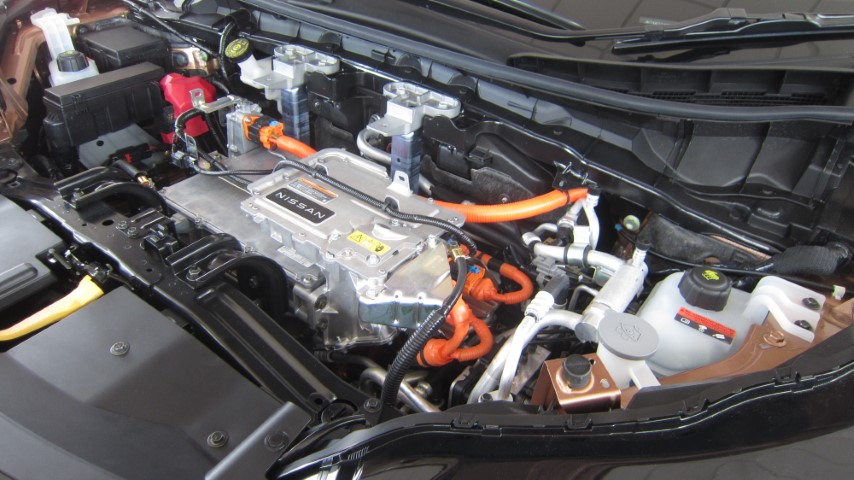 ... and the really crude bits of foam I had on the Qashqai are replicated here too - this one was particularly flimsy: 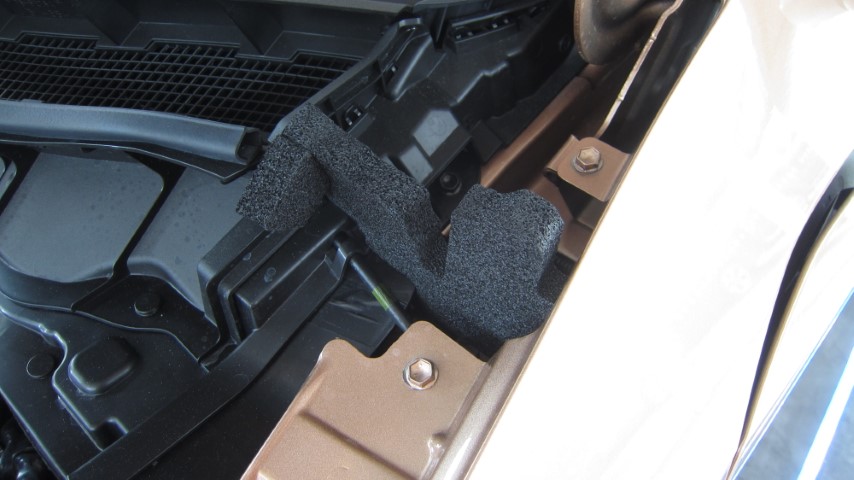 The infotainment display looked "normal" in terms of camera views (both front doors open here) - the driver's display looked very similar to a J12 (bearing in mind I haven't been in a J12): 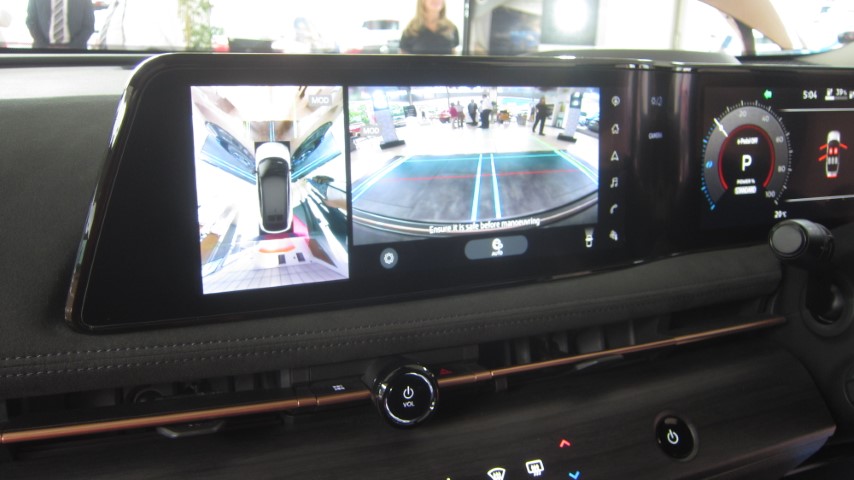 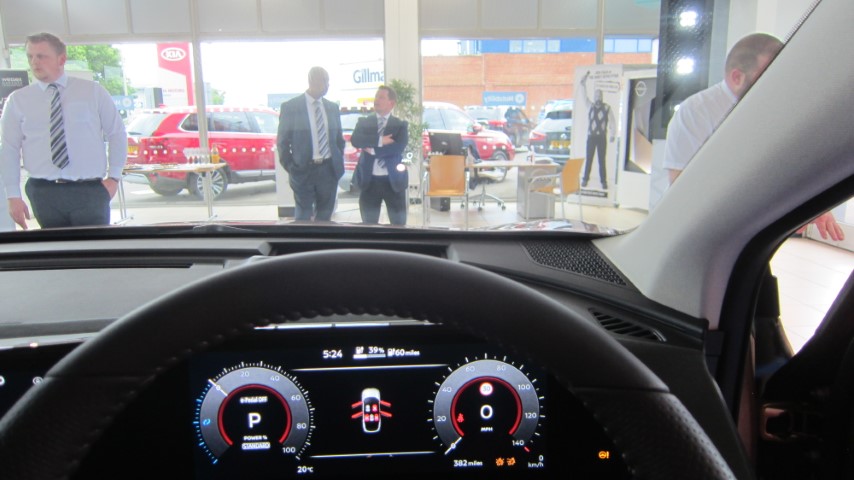 Nice navigation view - he made a lot of the fact that you can "integrate" your journeys with the charging network. 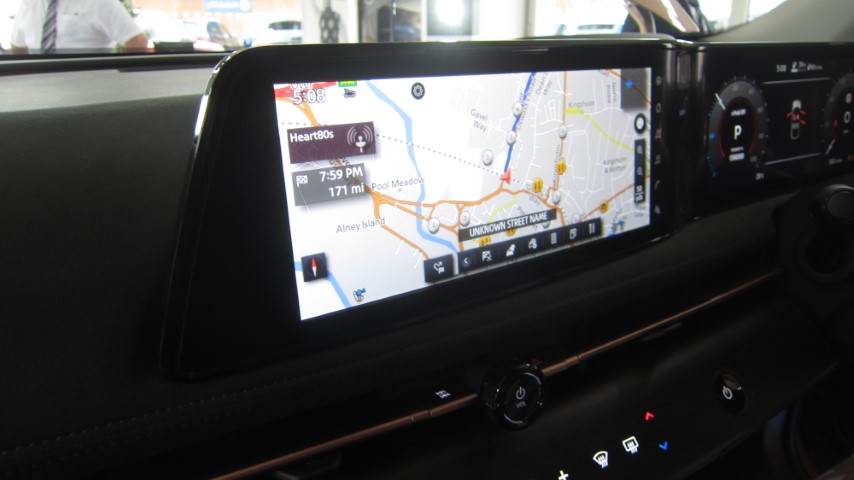 The central glovebox is somewhat odd. You open it electronically via buttons on the central armrest. However this example had been damaged by a previous tester - I was told they'd tried to manually close it - and wasn't operating properly. He were under the dash and fiddled with something and it was working again - no a good sign!. And the internal sliding cover was also very flimsy and partly detached from its runner: 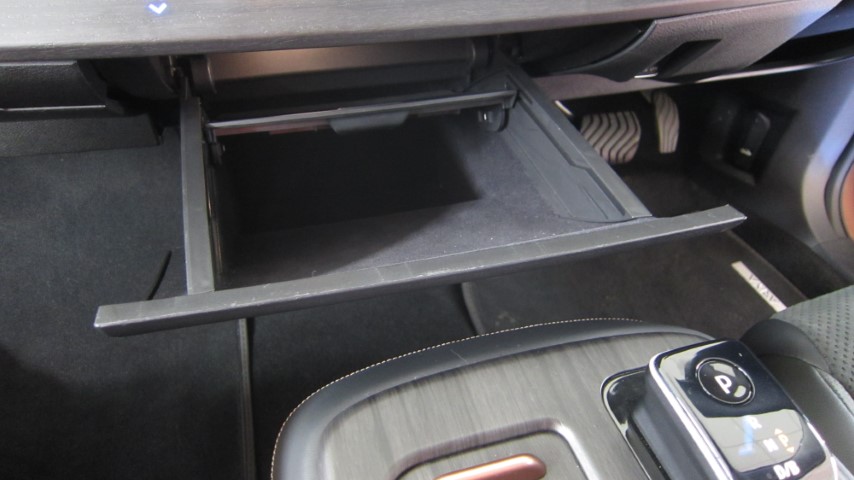 The parking brake button was well hidden under the dashboard! 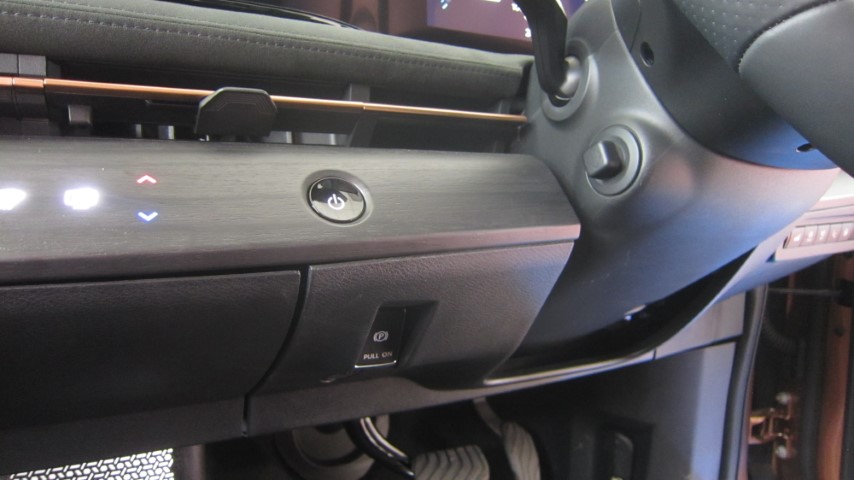 Lots of controls on the steering wheel!: 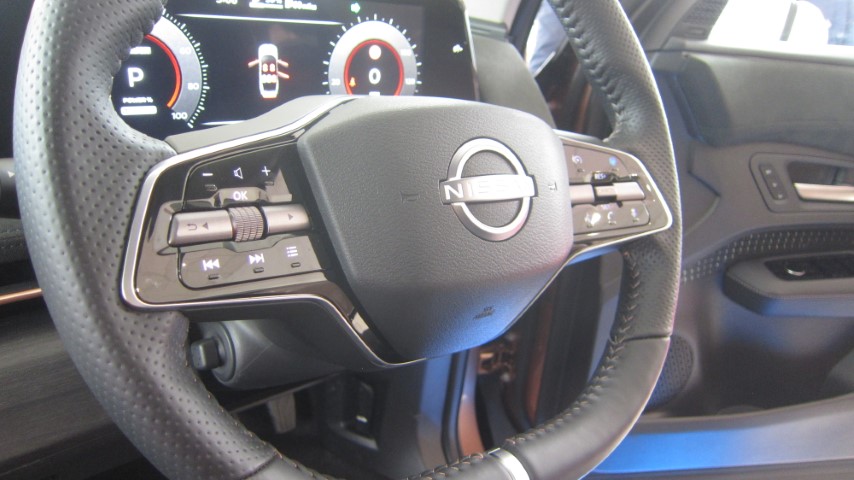 The passenger glovebox is a complete waste to effort! Far too small to be of use apart from the manual, and as you can see in the first picture invisible when sitting in the seat! 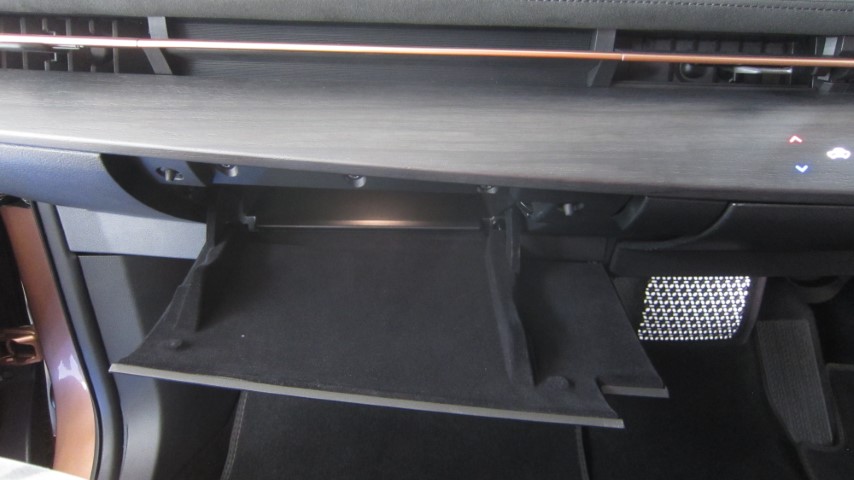 I had to drop the camera to seat level to be able to see in! 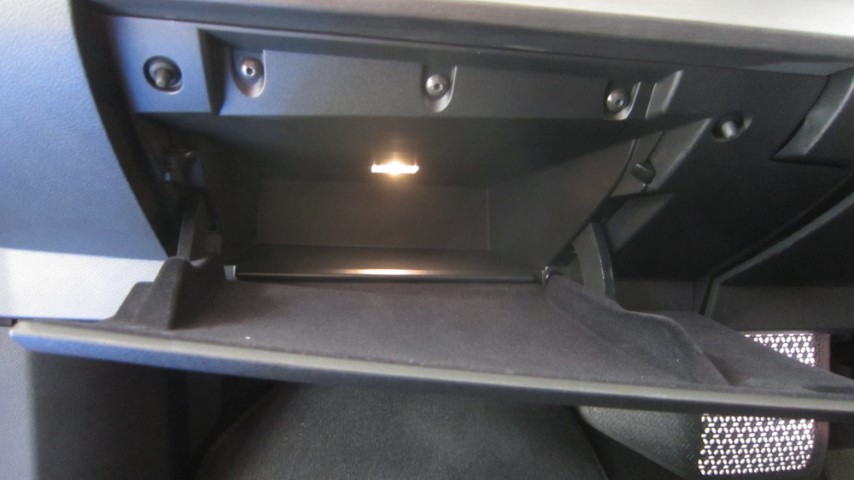