My backstory as of meany on this forum.
I got the car in 2018 24k miles car was using oil at an alarming rate and contacted Nissan in Oct 2019 they made me aware of a program to flash ECU to fix this.

Being my first car and not me not knowing much about them I went on this campaign pg6bp this seemed to not have any effect and by dec-2019 I was in the dealership with a misfire and rattling sound by Jan-2020 I paid £1200 to has a new timing chain at just 42k miles. At this stage, things started ringing alarm bells so I researched the pg6bp campaign and came across to em 15/05 even 1 month after the new chain we were losing max to half on the dipstick at 637milesmin around 1000 miles we contact our case manager at the time to be brushed off and disregard to our concerns.

Fast-forward today's car has 22k miles on a new chain and rattling we contacted Nissan, and we suspect nothing going to be done been back dealership, and they say nothing wrong. Yet rattling is the exact rattling of the previous chain.

=JUSTICE =SHARE THIS==
We are gathering UK Lead base victims. We the public are gathering evidence of victims of the Renault 1.2 engines in
NISSAN (1.2 DIG-T 115 CV)
Juke
Qashqai 2
Pulsar
RENAULT (1.2 TCe -à chaîne- 100, 115, 120 et 130 CV) Captur
Clio 4
Kadjar
Kangoo 2
Megane 3
Megane 4
Scénic 3 et Grand Scénic 3
Scénic 4 et Grand Scénic 4
MERCEDES (1.2 TCe 115 CV)
Citan
The Renault 1.2 TCe and Nissan 1.2 DIG-T petrol engines, also fitted to Dacia and Mercedes vehicles, produced from 2012 to 2018 are affected by design flaws.
Manufacturers have been aware of this since 2015 and have developed reprogramming of the ECU (Engine Calculation Unit) in an attempt to resolve the issues.
However, no official recall has been made and Support is not systematic, with manufacturers regularly claiming poor maintenance by the user.

We look at how the UK public can get heard, noticed and possible join forces to sue for damages
https://www.facebook.com/groups/enginef ... sanrenault
Top

Copying this document in here from the other topic since I don't believe we've seen it before: 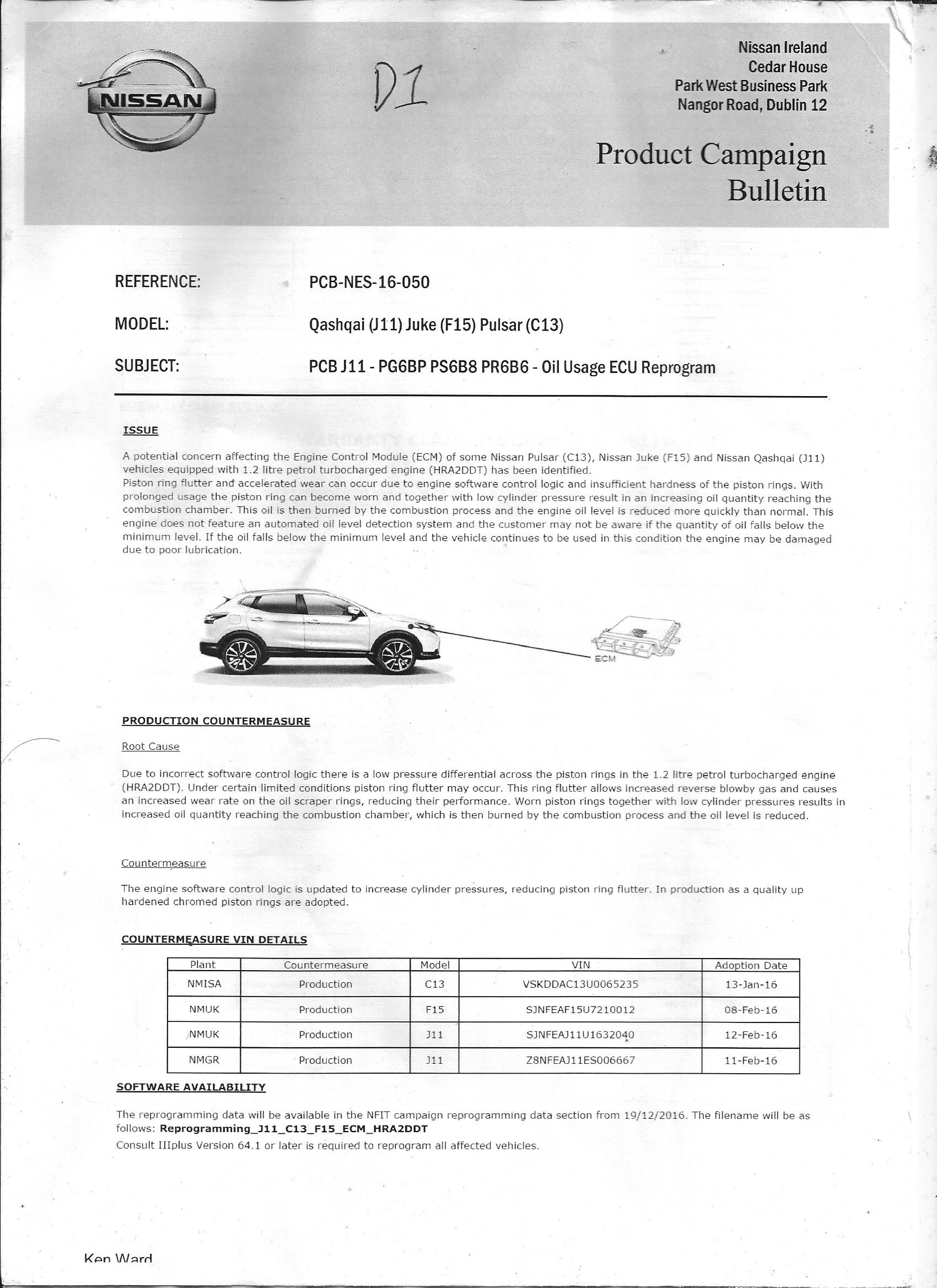 This was a very interesting read and i will be checking over my 1.2 with a fine tooth comb and come back with any issues of my own
Top

On a car with a manual transmission, you need to keep the speed at least 2000, I have a mileage of more than 30,000 km, there is not even the slightest suspicion of oil consumption. The engine is high-speed, it does not like to work in tightness. On cars with a variator, there is no way to control the speed, so most of the problems on such cars.
Top

Welcome to this forum.