New to the QQ forum. Sorry for the ramble but stick with me..

Unfortunately, around 6 weeks ago, we were welcomed by a “System Fault” message on the car whilst my wife was out with our Daughter. It appeared that the ABS sensor cable had been chewed through by a rodent or fox! (I’ve read similar posts on this forum but appears there is no answer on how to prevent). As this meant the car was unsafe to drive in wet weather we had to get it towed to our local dealership where we purchased the car and wait for it to be repaired.

To my annoyance the Nissan Approved Dealer contradicted themselves by the manager advising they had never heard of this happening before. When speaking to the service team they stated it was a very common problem... (at least keep your story consistent!). They also charged us £250 to replace, which for no more than an hours work seemed excessive. We sought quotations from non-Nissan mechanics but decided to go with Ancaster as the car was already at the dealership and didn't have time on our side to seek alternatives.

The service team at the dealership advised they covered the cable with grease and a copper coating which we was told should act as a deterrent but couldn't offer a guarantee. We was actually advised by the service engineer to go on amazon and purchase pest control deterrent sprays, high frequency sensors – which we did. I felt this to be somewhat comical considering we spent £15,000 less than 6 months prior!

Low and behold, fast forward to Sunday just gone we started the car to be met with the same "System Fault" error code. We had an emergency appointment booked with the doctor on the Monday for our daughter and so you can imagine my frustration..!
We phoned the Nissan branch again to speak with management but as nobody was available, instead we spoke with our initial sales advisor who was extremely understanding and helpful and advised us that they may be able to sort as a “goodwill” gesture. Long term, if it happened again there was a possibility we could look to return the car. This was all caveated by the fact the manager would have the final say and we was to await his call.

After spending the day stuck in doors and chasing several times, the manager finally phoned at 5pm and advised that as this comes under an “environmental” issue, there is nothing Nissan can do with regards to “goodwill” gestures or returning the car. The only option we had was to £250 and to "hope" that it doesn’t happen again.

We are currently waiting for him to advise on alternative options from the service team. The bottom line is we would have to pay for any repairs, no matter how many times this happened.

After carrying out some research it appears the cables are made with plant based materials containing Soy and this is what attracts the animals / rodents, especially when the cables are warm. Surely this disproves the theory that it is an "environmental" issue, the fact Nissan are manufacturing cables that attract rodents / animals to chew? If they used an alternative cable = no environmental issue.

One other thing to note is that the ABS cable itself hangs low and is not secured in any form of casing? Perhaps this could be looked at by Nissan. Then again, why would they if they can charge £250 a time to replace!

I’m at a point where I now want to return the car, as we, as a family, cannot take the risk of this happening another 3,4,5 who knows maybe 10 times a year!

If anyone has heard of similar problems or can offer some advice of next steps then please let us know! 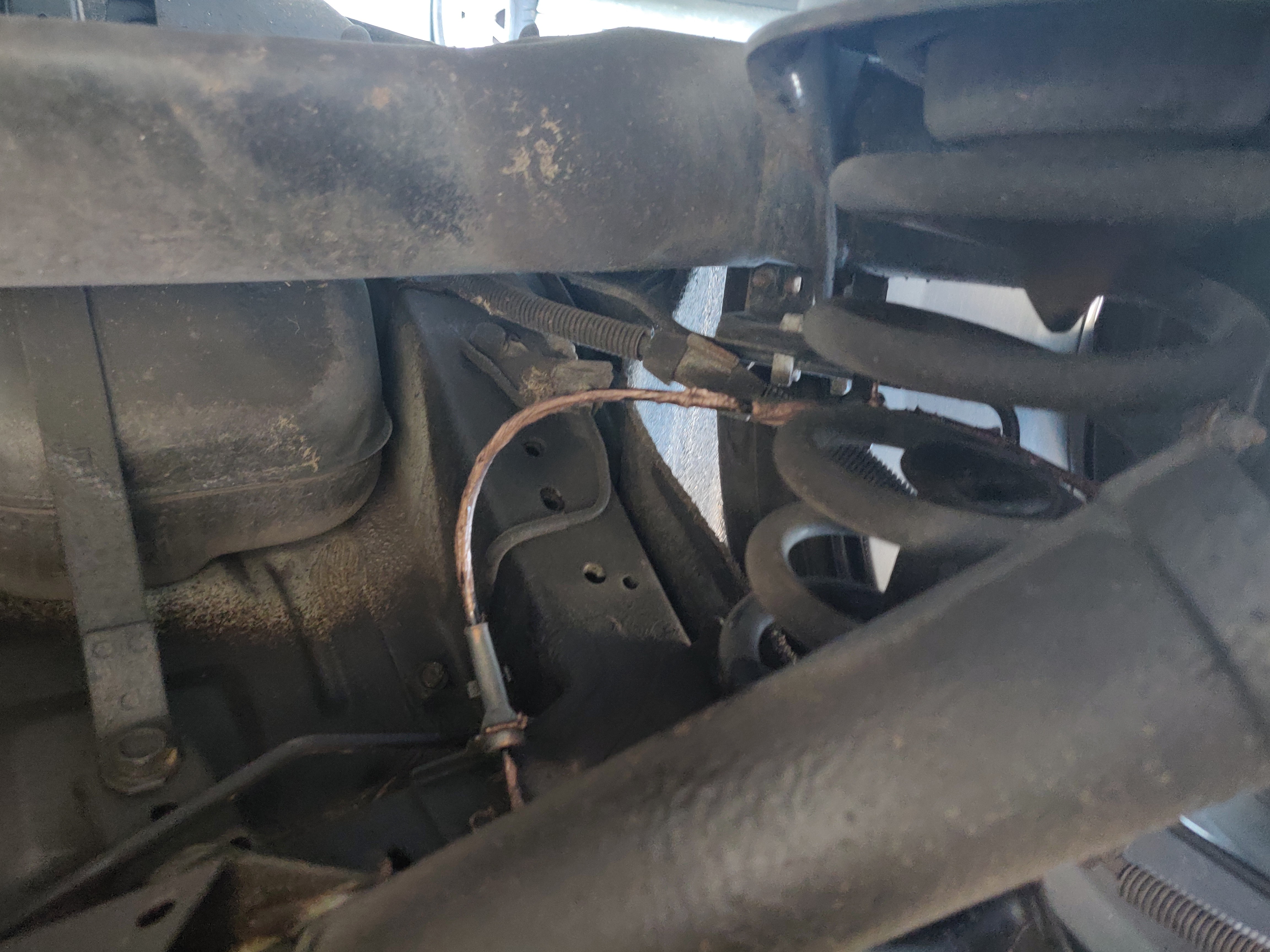 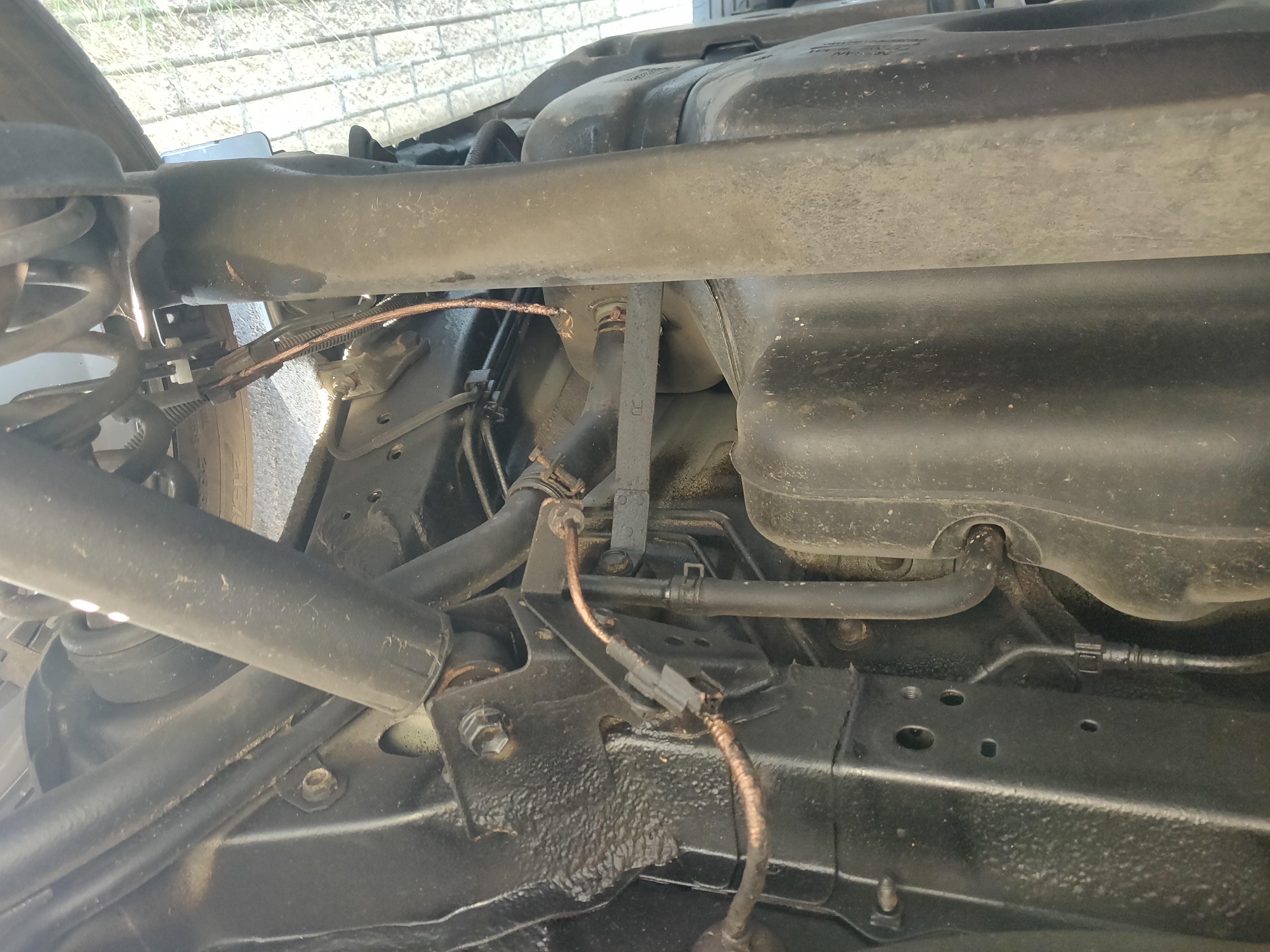 Is weird...that cable is part of the braking safety system and should be thoroughly protected either in a pipe or armoured sheath. Certainly should not be hanging down.

I have a flat down Footscray Rd and have been watching that dealer build there...was wondering.
Mk2 Qashqai Facelift - J11b (2017–present)
1.6 Dig-T N-Connecta
Top

That was my initial though calnorth, surely the easy way around this is to protect the cable in some form of armoured pipe.

I've attached some photos to my original post now if you want to see for yourself.
Top

tmgrace wrote: ↑
Tue Jul 23, 2019 10:56 am
That was my initial though calnorth, surely the easy way around this is to protect the cable in some form of armoured pipe.

I've attached some photos to my original post now if you want to see for yourself.

Is that a fluid line...so you had brake fluid on the deck?

Iv'e not looked at the QQ braking system at the extremities but SS flexi cables are the norm for a kit car builder like me. They are stainless steel braided at about £15 each and 20 inches long.....about 20 mins to install. Similar to pic below: (so Nissan u might catch up?) 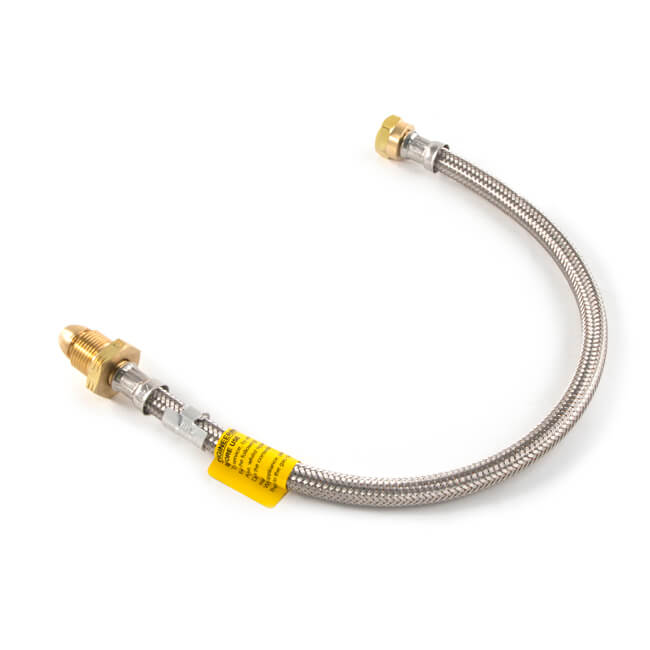 T, take a read of this it could be the same problem - Dave

I too have had this problem...
A sensor wire chewed through last week and repaired/replaced at Ancaster for £130.
I had a courtesy car for a couple of nights and that was also chewed through. (their cost)
I was advised to buy a 'Critter Cable' from amazon for about £15, which would be fitted by Ancaster at a cost of another £130.
Just a day or two before I was due to take the car in for this repair, it was chewed through again. Not sure yet, but it's could cost me close to £300 all in.

I talked to the service people there who reckoned that they'd had 20 -30 situations like this. That's just one garage, spread that over the country and it's a ridiculous situation. My take is that this is a design fault that needs rectifying at source...particularly as I understand that the loom (the main bunch of cables ) is also vulnerable and could cost up to £1000 to replace..?

Now I've taken it up with Nissan (..and 'good luck with that' said Ancaster) and am expecting an answer soon, but the cost of covering these vulnerable wires at manufacturing stage must be relatively negligible.

I've also heard about the cables being attractive to foxes and a guy I met on Friday who owns a garage told me 'cover the wire in tin foil mate'.

Watch this space, but if there are other stories to back this up I'd like to hear them.

As an update on my last post...
I heard from Nissan's Customer Service people just before I took the car back in to have the Crittur Cable fitted. They said they would 'do what they could' and would be speaking to Ancaster.

I bought the Crittur Cable and took it to the garage who fitted it in a couple of hours, along with another replacement Sensor Cable, the third. When I got the bill, which I expected to be in the region of £230, I was delighted to see that it was FREE, courtesy of Nissan.
However, when they rang back to see if I was happy, which I was, I also went over the situation again, insisting that this was a serious fault that should be sorted at the build stage. She assured me that it would go 'up the chain' to the engineers and designers and be treated seriously. As there is no way of them getting back to me with a result, I have to take her word for it that it would be treated properly.
Maybe I'll take a look at a new Qashqai in a year or so to see if it has been...
Top

Well, fast forward to 2020 and I have the same problem with a new Quashqai purchased in July 2020. Fox chewed the cables in November, repaired in December. Come Boxing Day and the same things has happened. RAC said little chance of fixing the problem and common problem on Nissans. He had already been to another car in the morning. Repair cost as Ancaster £220 the first time. I will be making a lot of fuss this time. This is crazy. And yes they had applied grease etc. but it doesn't work. No wonder they wanted their courtesy car back same day!
Top

Are you sure it's a fox and not a stone marten? We have quite some problems here with stone martens that chew on all sorts of automotive rubbers. Even if it is a fox, they, like stone martens, also do not like the high frequent sound of a rodent alarm. I installed one and haven't had any problems sofar, whereas before they chewed on the lining material underneath the bonnet. They can be obtained relatively cheap from Aliexpress.
Top

My early days in the RAF was as a Ground Wireless Fitter and on remote Transmitter and Receiver sites (off airfield). The Transmitter coaxial cables were very long going through underfloor ducts and up 150ft towers. Rats attacked the underfloor coaxials which were about 1 inch thick and contained a copper weave screen (sheath). No problem to a rat.

Solution there was poisons...a lot