Just bought a used QQ 2011 model recently, which had a flashing SRS light. Was told it'd be just under 300 for a fix, but guess it was wrong.

Took it to local garage and they're reading a "B1129" error code and recommended work on the driver side control module (sounded like replacing the airbag control module because they say it might've detected a crash) which Nissan is quoting ~£530+VAT+Labour. Garage said either replace it with a new one or have it reset. Is this the right call? anyone have any recommendations for places to repair this?

From initial checks, I've seen a few services that need the module to be sent to them for repair, but not something I'm comfortable getting out of the car. Any place local to south/south-west London that would do it? I've seen some services where I can get out the module (initial search showing points of it being in center console) and send it to them for a reset.

Also got an OBD reader just in case and saw some additional error codes coming from the engine along with the above (B1129) from SRS:
P1212
PU1001

Not sure if the two issues are linked or not. 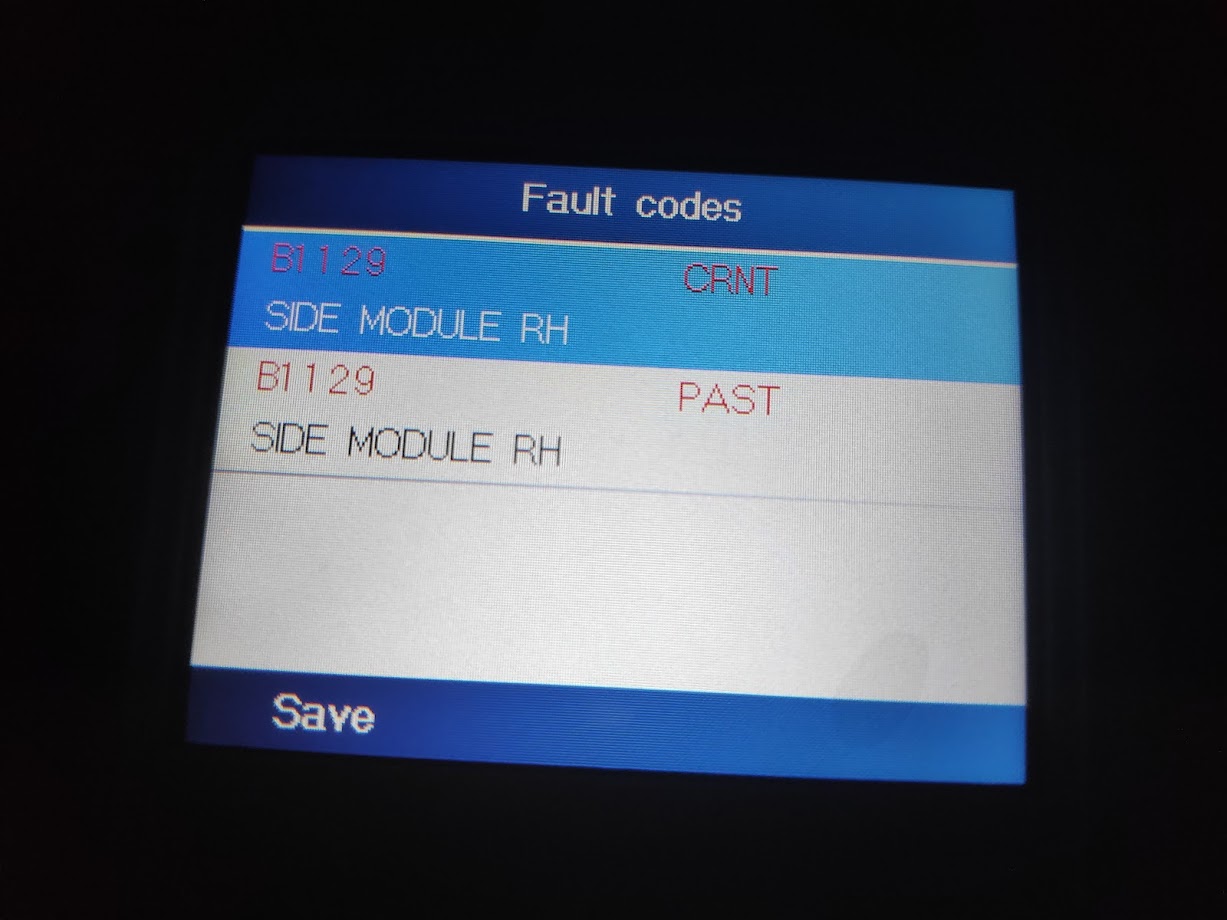 Welcome to this forum. The cynical side of me suggests that if it was going to cost <£300 they'd have had it done before selling?

Not coming up here at all on a search

Thanks, issue mentioned was that the lead-time to get the part from Nissan was 3-4 weeks which was too long for him.
Top

Thanks, had tried it as soon as I got the car, also a few more times since, but no luck. The light didn't stop flashing.
Top

The B1129 error and light flashing represents a fault that is still present. Relating to an open control system and likely meaning open circuit. System is not communicating correctly.

It can't be reset unless the SRS system fault is cleared first.

P1212 refers to an ABS problem where Traction Control data is not received by the ECU. That could be a CAN Bus fault and where U1001 is a general CAN Bus error notification.

Took it to dealership, for the SRS light, they replaced the wiring sub-harness, but the issue is still there, so being told the airbag control module needs to be replaced and said the part itself might cost more than £1k.

Was hoping to find a specialist that could reset the control module rather than replace it for such an expensive cost. Seen a few places that do it, but they're rather far and require me to pull out the control module and send it to them - like these guys in Liverpool:
https://www.crashdata.co.uk/Default.asp
(not the same as just resetting the code using OBD2)

Regarding the P1212 and U1001 code I mentioned, they said they didn't find any other issue with it.
Top

Final update for anyone else interested, it was fixed - it was either an internal error or an event stored in the airbag control module, had it reset.
Top

where did you get it fixed & how much did it cost?
having same issue, same error code
Top

Price depends on exact type of the control module.
£30-£60 + VAT + shipping costs (depending on type of module and type of error).